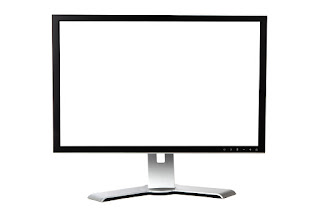 
He never found out who knocked on his door four times that day, but a small action lead to an extraordinary event told in a story that filled a blank space.
Posted by Unknown at 9:47 AM No comments:

You know you are getting old when…

Reading glasses and aches and pains are things you get used to when you get old, but what’s hard to comprehend is when you walk into a store and everyone around you is at least 30 years younger than you! And the assistant looks like he has just taken off his Scool uniform and changed to serve you (which most probably he has!). This weekend I went out to the shops as most weekends and for the first time I became acutely aware of people being tremendously younger than me (not that I am that old by the way…).

And it is incredibly uncomfortable when you go into a shop which you think you can easily wear what they sell there but everyone buy and serving has just left school! I have always been aware of getting old and made claims that I will like to grow old gracefully (I started to shave my head 10 years ago when I first notice I was starting to look like and old Maths Profesor) and when I turned 45 I named it my “half way year” (meaning I would like to get to 90 healthily and happily) and I have never had an issue with my age. So why did I suddenly become so overwhelmed by all this young people around me? I think it’s because I know that soon, I will be hitting my fifties (two years to go) and I’ve now reached an age where I cannot longer pretend to be a teenager!

And don’t get me wrong, I am a believer that you are only as old as you think, I still stand by that, but it is inevitable that eventually you will look older than most people around you and that there are certain places that will be dominated by a generation younger than you. I will of course, not stop attending this places, and by all means I will not start frequenting old pensioners’ clubs, I just need to accept and realised that from now on everyone around me could look a lot younger than me! (I guess this is why some people spend millions on plastic surgery to make them look as if they never left their 20’s)

The secret to also staying young and feeling young (even if you don’t look it) is staying in tune with what is going on around us and keep up with all technological advances so you don’t ever sound like you parents when talking to a younger shop attendant as she says to you “let me get the iPad to check if they have stock on the other store” a what? In my days you would need to call them to know what they had!

There are plenty of advantages to getting old too! This weekend I saw in a retro shop a phone my mother had going for 160 pounds! I would have thrown the old thing to the bin yet now it retails for a ridiculous price. The older we get the more attractive and expensive we become!!

Yes let’s accept that age is a graceful way of getting old and as Helen Mirren said in her recent commercial for an anti- ageing cream campaign “it has take over 60 years to look this good” I will be joining a club called “the 49ners” which a friend of mine and I thought about, when we get to the age of 49 (this year for me) we will no longer celebrate further and stay 49 for the rest of our lives! In the words of Helen Mirren… “It has taken me 49 year to look and feel this bloody good, so I’m staying put”

Email ThisBlogThis!Share to TwitterShare to FacebookShare to Pinterest
Labels: #2016, #age, #next generation, #old

And we are off!

My son, only 14, became aware of this mystical tradition that has rule humans for hundreds of years (I’m not sure how many as I don’t know who came up with this but whoever invented New Years resolutions should be shot!) and incredibly, only at the age of 14 pointed out to me that it was crazy that people waited until the 31st December or 1st of January to do things they can do now, today, and he went further on to point out that you don’t need to wait to make things happened. I was ecstatic hearing this and of course agreed with him 110%!

During the festive season I took time to ponder on this. And it is incredible that many of our friends, work colleagues, family and strangers take the time to “wish you all the best for the new year” and “may all your dreams come true” through various forms of communication. One that sticks out nowadays is Facebook. Many people took the time to wish everyone all of the things they never wish for you the rest of the year and merrily inundated your Facebook feed with these post. And not wanting to sound like Scrooge (although those that know me well will know my views on the festive season) many of those well wishes were in some instances meaningless and well, seasonal. Have you ever heard of the old say “a puppy is not just for Christmas”? well I think this is a bit like this, here is my point:

Just like New Years resolutions which are seasonal and a waist of time as you should always set yourself goals throughout the year, we should not just post over the holiday season well wishes for everyone which again are meaningless and a waist of time and instead we should make an effort to keep in contact with all those people throughout the year and more importantly wish them health and happiness all of the time and not just once a year. Wouldn’t that be more meaningful and appreciative of people?

I really don’t want to say people should not celebrate Christmas, that’s not my point, like it is not too say you should not         have goals (call them New Years resolutions if you wish) but I would like to see people taking the time to check in on people more than once a year, drop them a note and wish them well in March, June and September. I would like to see people focus on goals more than once a year which become extreme and a burden, stopping people from following through with them but rather start a new goal in February, May, August and October or whenever you want to achieve something.

If you make a habit of these two things, checking in on people more than once a year and setting new goals whenever you want to achieve something, your life will take a different meaning. And remember that this will be less work than the marathon effort every year to send all those Christmas cards and making those commitments which are hard to follow.

Practicing this will make a habit and a habit becomes part of you and a life time commitment to stay in contact with friend and achieve your dreams!
Posted by Unknown at 3:18 AM No comments: